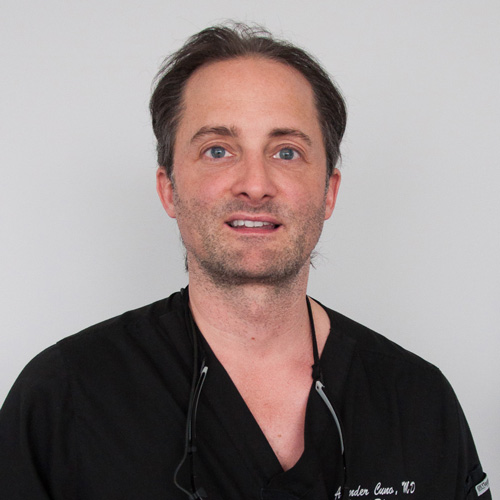 Dr. Alexander Cuno has a diverse background having lived in Switzerland, the UK, Belgium, Germany and Australia. He is double board-certified in facial plastic and reconstructive surgery, as well as in ENT / head and neck surgery. He also does hair/scalp restoration, as well as aesthetic and laser medicine.

Continued education is a top priority: he visits several international conferences every year, conferring with practitioners from around the world to ensure that his patients are offered the most state-of-the-art medical technologies available.  He has presented as a lecturer at numerous conferences. He is a contributing member on the written exam development committee of the American Board of Facial Plastic and Reconstructive Surgery. He is a member of several local and international societies (see accreditations).